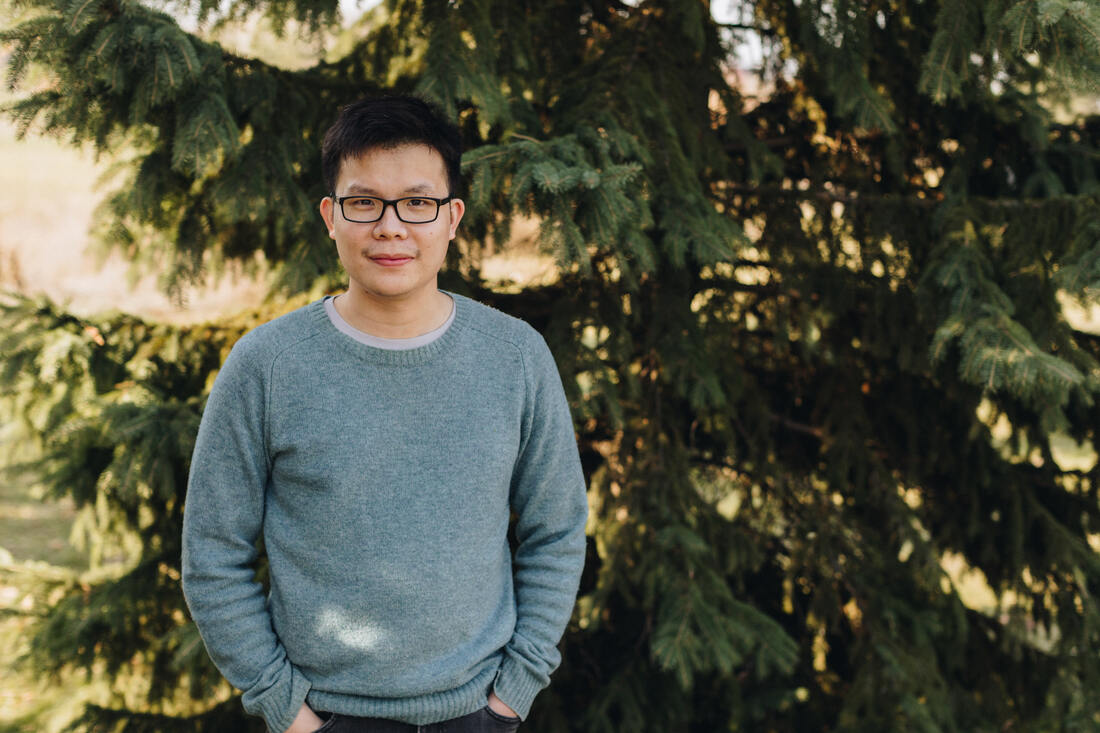 Photo credit: Nylon Saddle Photography
Described by Classical Voice of North Carolina (CVNC) as an “impressive conductor…outstanding in his attention to detail and his command of the big picture”, Hong Kong-born conductor Ho-Yin Kwok is a three-time winner of The American Prize, 2021, winner of 2017-2018 Vincent C. LaGuardia, Jr. Conducting Competition and 2021 International Conductors Workshop and Competition. Being recently appointed the position of Director of Orchestral Studies at Eastern Kentucky University, Ho-Yin also serves as Artistic Director and Conductor of the Mississippi Valley Orchestra in Minneapolis-St. Paul, Minnesota.

Ho-Yin is a second prize winner of The American Prize in the professional orchestra division. As a rising young conductor, Ho-Yin has established a professional reputation in the state of Minnesota. He has recently concluded his tenure as assistant conductor of the Duluth Superior Symphony Orchestra. Under that capacity, he conducted the DSSO in multiple concerts, including pops and masterworks series. He has served as cover conductor of the Minnesota Orchestra on multiple occasions under guest conductors such as Andrey Boreyko, David Danzmayr, and Sarah Hicks. His other recent professional engagement includes the Saint Cloud Symphony Orchestra and the Gwinnett Symphony Chamber Orchestra. Ho-Yin previously served as assistant conductor of Collegium Musicum Hong Kong and performed in esteemed venues such as New York’s Carnegie Hall and Musikverein in Vienna.

Ho-Yin is also a first prize winner of The American Prize in opera conducting. He currently serves as music director of the Opera Theatre at University of Minnesota Twin-Cities. He has conducted performances of operas of a wide range of periods and styles, from Mozart's Idomeneo to Puccini's La Bohéme, Britten's Albert Herring, and Menotti’s The Consul. He has collaborated professionally with Arbeit Opera Theatre and Lyric Opera of the North. Upcoming engagements in the 2021-22 season include one of the first performances of Laura Kaminsky’s new opera, Hometown to the World, in collaboration with the University of Minnesota Opera Theatre.

​While in Minnesota, he was selected to the Emerging Conductor Program of the Minnesota Chorale under artistic director Kathy Saltzman Romey. Additional studies have taken him as far as Berlin, where he conducted the Berlin Sinfonietta under the direction of Colin Metters. He was a conducting fellow of the Eastern Music Festival and conducting associate of the Cabrillo Festival of Contemporary Music. Ho-Yin obtained a DMA at the University of Minnesota Twin-Cities and a master's degree in orchestral conducting from the University of Iowa. His principal teachers are Mark Russell Smith and William LaRue Jones. He has also studied with Gerard Schwarz, Kevin Noe, Cristian Măcelaru, Giancarlo Guerrero, Grant Cooper, José-Luis Novo and Eric Garcia.
Support: kkoConsulting